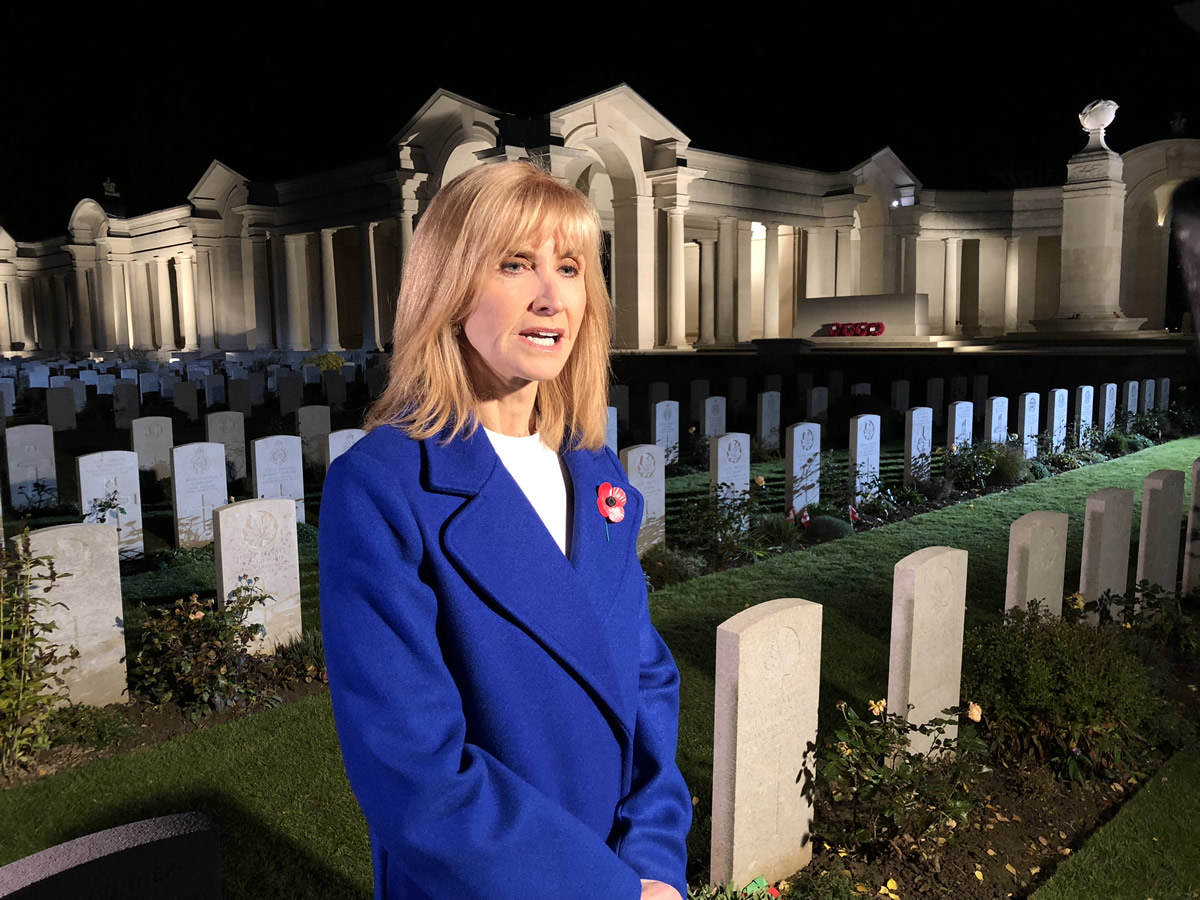 I have worked with Andy Halley on a wide range of BBC news and current affairs output over the years, from news reports through documentaries to some of the most challenging live broadcasts of my career. Andy's excellent camera work is a given, but it is his wide-ranging skill set that makes him an outstanding professional. His enthusiasm is relentless and he is as creative as he is technically adept; he also has great people skills which enable him to get the best of out interviewees and overcome testing situations. He is calm under pressure, never complacent and always innovative. During coverage of the Armistice commemorations in France Andy single-handedly lit our location, transforming a cavernous pitch-black war memorial and cemetery into a striking atmospheric setting for a night time live half-hour OB, prompting questions back at base as to how we had acquired a "lighting rig and team". A great guy to have by your side on any job.

The last year (2014) has been the biggest and most significant news deployment in BBC Scotland's history. Both the Independence Referendum and the General Election were major operations, unprecedented in scale and ambition. We made the decision in both projects to cover every single counting location on the respective results nights - way beyond what we've attempted before. We wouldn't have been able to do this without Andy. His dedication, knowledge and extensive contacts in the business gave me the confidence that we were in safe hands. Both projects were major successes in terms of audience reach, share and as a statement of how the BBC views these events. Andy can take a great deal of credit for his crucial role in this. Quite simply, he delivers. Subsequently Andy has covered all Scottish & UK elections to date icluding the 2016 Brexit referendum. Providing over 40 camera crews.

Some jobs require a connection to the subject that can't be taught. That's why I chose Andy to film two Help for Heroes profiles. I required a calm authority who could deliver under pressure and didn't inhibit the subject from being open and honest.

I have worked with Andy many times and it is fantastic for me as a producer to work with a cameraman who not only has a great eye for a shot but is proactive in suggesting things which can add value to the final product. As well as his obvious skills behind the camera, Andy has a great affinity with contributors which is vital when they may be talking about very personal and emotional subjects. I would have no hesitation in recommending him.

I have worked extensively with Andy on several projects over many years and the reason we keep working together is very simple; he's an excellent lighting cameraman who is wonderfully creative, very reliable, and extremely well organised. He has been for many years my first choice cameraman and I have never been let down by him. Apart from his creativity, one of Andy's great skills is putting directors, presenters and contributors at their ease with friendly chat and good humour, regardless of how pressurised the situation may actually be. This was never more clearly demonstrated than last month when we had half an hour with Sir Alex Ferguson in which to do two different interviews, with two different presenters and two different sets. Andy made it happen and it passed off without a hitch and Mr Halley was last seen leaving the interview room arm in arm with Sir Alex en route to the general media Press Conference chit-chatting about good knows what. Andy Halley is an excellent professional with whom I look forward to working with for many years to come.

Andy's wonderful talent as a cameraman is matched by his ability to help put interviewees at ease and inject calm into pressurized situations. He did just that most recently when the Usain Bolt road show rolled into Manchester and we were afforded our precious 10- minute time slot. There is no time for error on such occasions. As a presenter and reporter, I like to work with a cameraman who will deliver GREAT work with the minimum fuss. Time and again, Andy Halley does just that.

I have directed Andy on a variety of shoots and have always been thrilled with the results. He gives a creativity and a pro-active involvement which is always helpful to the production, though he never oversteps the mark to become over bearing as some camera men can. He is enthusiastic, well organised, and as I have said, creative and inventive with his shots. I always know when I get to the edit that the shots will be top notch, really top notch. Andy takes direction well, but also communicates his ideas really well, and has a fantastic sense of humour which can be so important in this business. A top professional. Stop dithering! Book this man.

Andy was a pleasure to work with at this year's T in the Park. As a producer at MTV in Canada, I have worked with many shooters and Andy is definitely one of the most knowledgeable and creative camera person I've worked with. He worked incredibly well during the very long days and the interviews with the artists and event b-roll looked great.

Andy has mainly done single camera work for us, both interviews and feature work. He is diligent and doesn't settle for rushed or second class work. He has worked single man and with sound and his shooting quality is excellent. He thinks carefully about his movement and framing and every shot is as important as the next. Andy is extremely interested in the final product and how every shot fits into it. He is also creative and proactive. Perhaps the best aspect of Andy is his manner. He is polite, soft spoken and extremely easy going but at the same time able to give his opinion and advice and therefore be proactive. He has worked a great deal with one of our more difficult Producers (!) who always requests him and this demonstrates that Andy has the personality to deal with all types and produce work that attains high standards set. I would not hesitate to recommend Andy.

I enjoy working with Andy of Images of Light - most of all when I see his footage coming to life once again in the edit suite as we near the final cut of a programme. At that point I recall the pressure of getting the filming done on a difficult day on location,or more often than not the fun we’ve all had at a mini-crisis overcome during the shoot. His talents are plentiful. He has a great eye for a shot, his lighting cameramanship is sound, he quickly embraces the ambitions of the programme and works well with directors. Often he comes up with an innovative idea for a sequence, but will always act 100% on a director putting his foot down over what’s required. Of great importance to me (in the corporate field) he has the ability to make contributors / actors feel very much at ease in what can be a new situation for them. My only criticism of him is that he doesn’t support the same football team as me , but hell – we still continue to hire him!

As a Director of Factual and Arts programmes working across the BBC output, I’d like to recommend Andy as an excellent and dependable camera lighting op to work with. Andy offers that most precious of gifts to a Director: he doesn’t flap, is well organised and well prepared for all shoots. But most of all his creative imput, whether in terms of the use of a particular lens, shot size or lighting requirements, are absolutely invaluable for any Producer or Director. Andy is always on hand at pre-production to offer practical advice about anything from technical requirements to discussions about shooting in a particular style. He works away quietly and efficiently and is exceptionally good with interviewees and contributors. Oh, and he also buys his own round!

Octagon CSI have enjoyed a long and happy working relationship with Andy Halley. He has worked for us in the capacity of a freelance cameraman/producer on various sports magazine shows, producing stories from locations across the UK , Europe and the United States. Thorough, creative and absolutely reliable Andy has become a highly valued member of our team. In short I cannot recommend him highly enough.